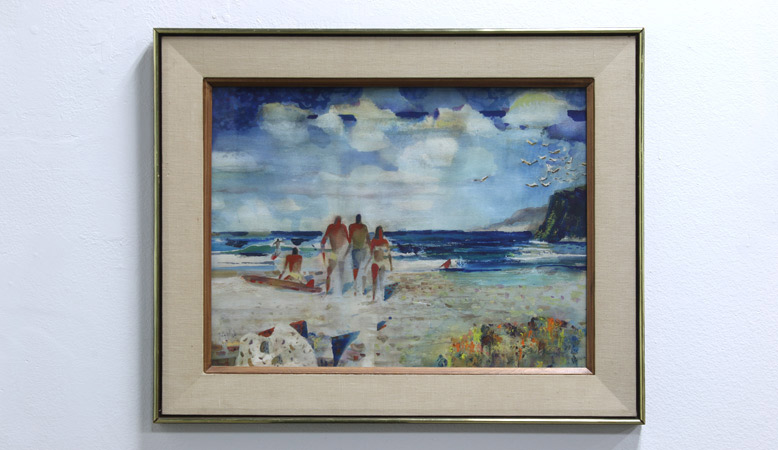 Hughes Estate Sales proudly announces an exhibit of watercolor paintings by listed California artist Bruce Winston Prentice (American, 1921 – 1985). We will be selling over thirty original works by the artist during the upcoming October 2 – 4, 2015 sale at Hughes Altadena Showroom.

Prentice was born in Indiana on June 18, 1921. He trained with Phil Dyke, the renowned California watercolorist, during the 1970s. Several works by Prentice have been sold at auction, including “Easter Break” at John Moran Auctioneers’ “California and American Fine Art Sale” in 2009. He was known primarily for the domestic genre and drew inspiration from the California social and geographic landscape. 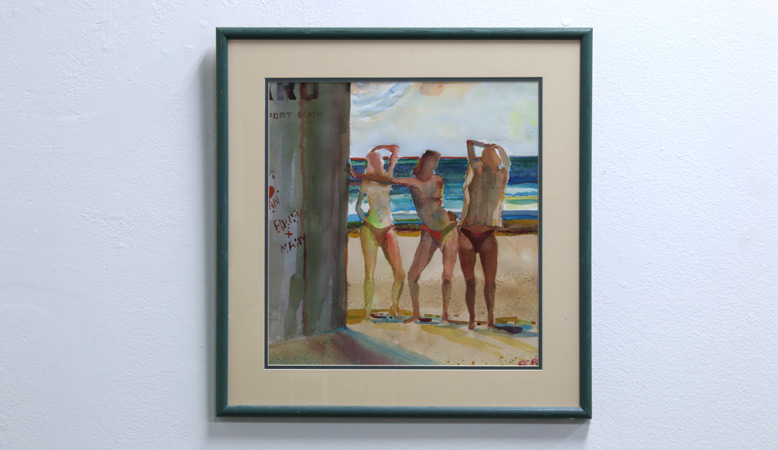 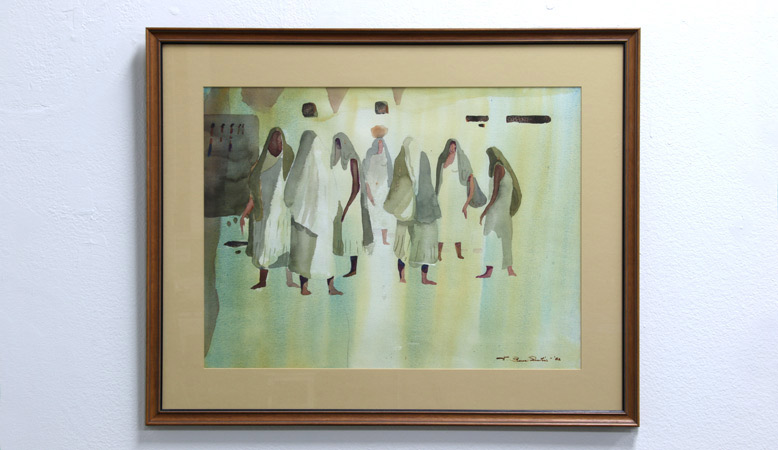 According to Ted Sams, a longtime friend of Prentice and his wife Mary, life did not truly begin for Prentice until his preteen years when the family moved from Indiana to sunny Southern California. One look at the local beaches and he was hooked for life, vowing never to live anywhere else in the world.

The Prentice family settled in El Monte, California, but Prentice’s heart was at the beach. As soon as he was old enough to qualify, Prentice became a lifeguard at his beloved Newport Beach and served there for many years.  Early photographs of Prentice clearly illustrate he was the quintessential Southern California lifeguard. Movie star good looks combined with an athletic physique made him one of the most popular men on the beach from 1940 until about 1950. 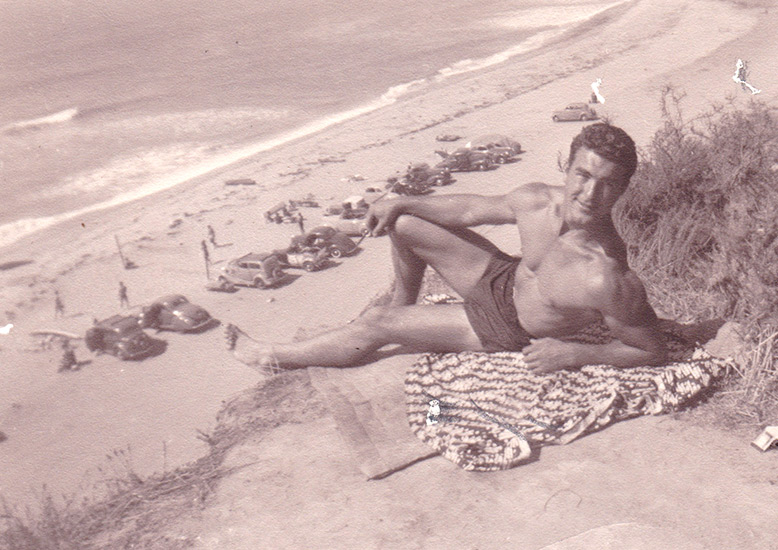 In the early 1970’s Bruce met Southern California artist Phil Dyke and began to study watercolor media with him. Prentice was a wonderful student and improved as an artist with every session with Dyke. He seemed to be a natural and both he and his wife Mary began to wonder why they had not noticed this talent earlier. Soon Mary was urging him to paint full time. He painted images of California and began to explore and paint the Southwestern United States until his death in 1985 in Orange, California. 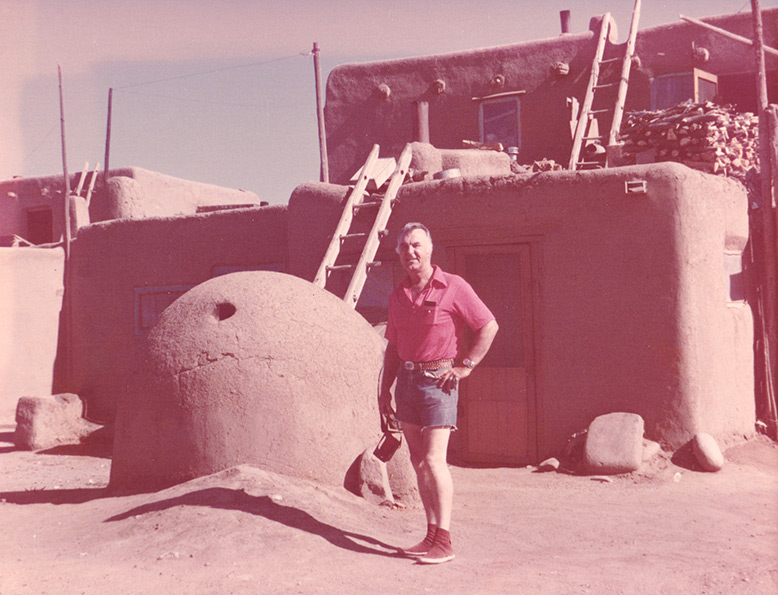 Exploring the Southwest as a mature artist. 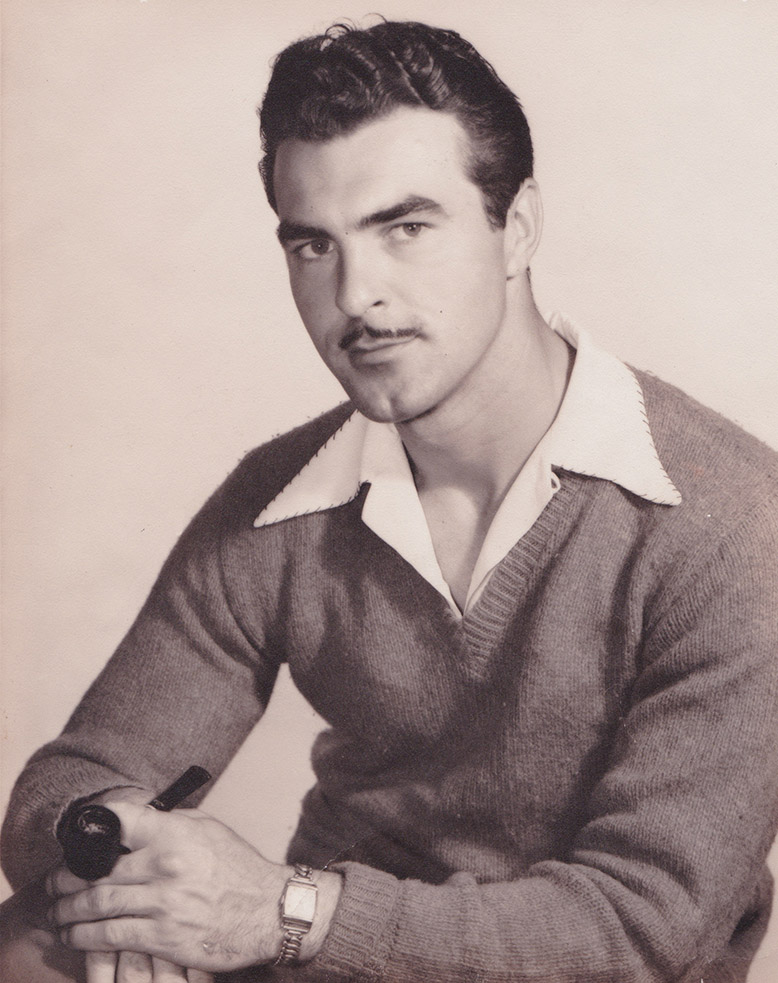 The artist as a young man.

Other listed California artists, including Ynez Johnston, Don Miles and Adele Watson will also be featured during this three day event, held on Friday through Sunday, October 2 – 4, 2015.

Many thanks to Ted Sams for his biographical background on Prentice.