Hughes is excited to be handling a collection of vintage artwork, works on paper, and original artwork for sale, by local Pasadena artist Adele Watson (1873 – 1947). Ms. Watson was a fascinating independent spirit; we enjoyed getting to know a bit about her through our research. 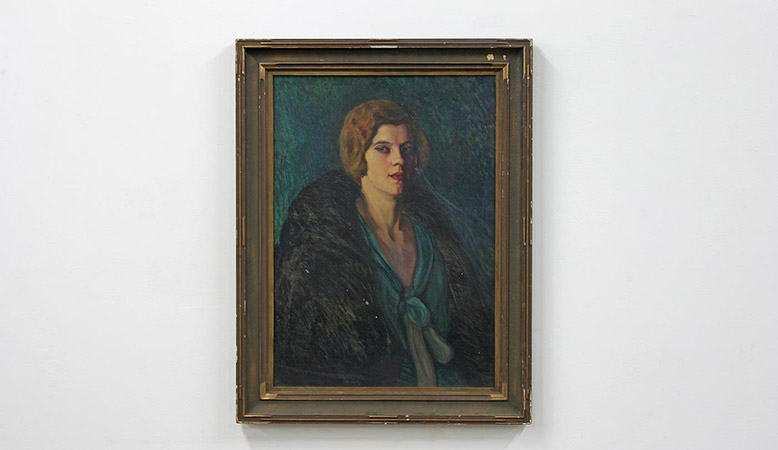 Among the group are several richly colored portraits, studies and etchings. We are especially taken with a fantastic triptych screen, all of which will be included with additional vintage artwork in our September Showroom sale. 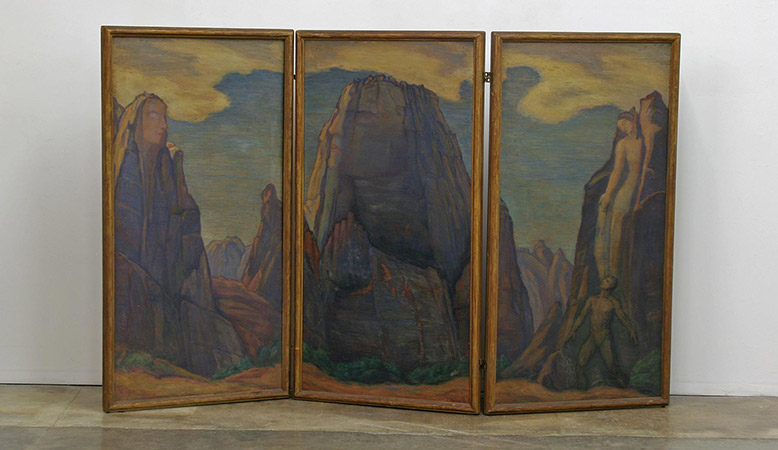 Adele “Fanny” Watson was born in Toledo, Ohio, studied in New York and Paris and finally settled in Pasadena in 1917, where she set up a home and studio and spent the rest of her years. Like many artists, her imaginative works were inspired by the variety found in Western landscapes; she incorporated the rolling mountain ranges and dramatic California coastline into her early Arcadian scenes. 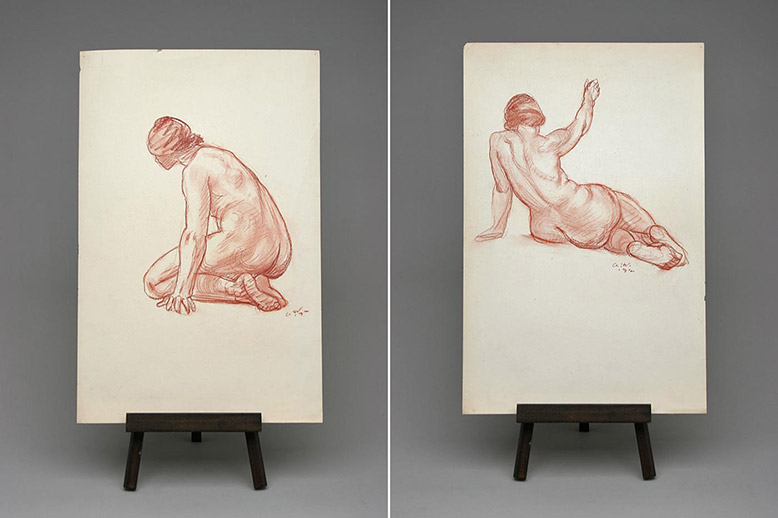 During the period from about 1930 until WWII, a significant number of progressive Southern California artists were women. The largest contingent was active in the Los Angeles, Hollywood and Pasadena communities, and Watson was right in the thick of it as an active member of a number of artist associations. 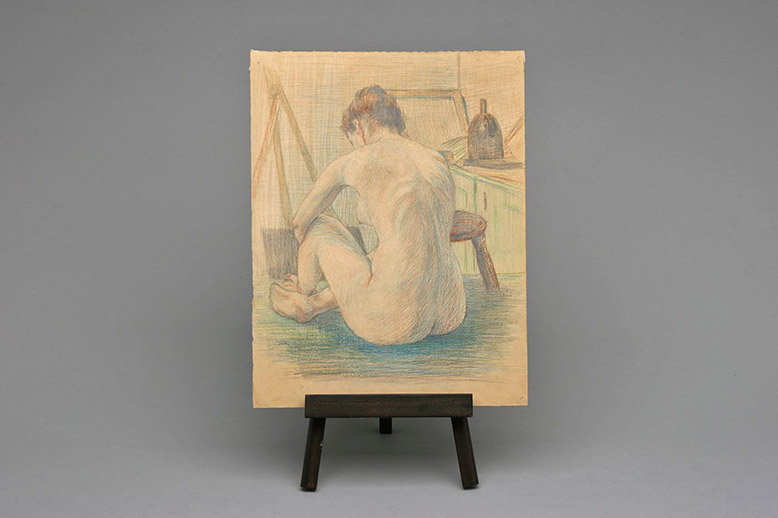 Around 1930, after a visit spent painting in Utah’s Zion National Park, Watson began painting the anthropomorphic landscapes she’s best known for. This unique imagery makes appearances in a group of lithographs from the late 1930s. 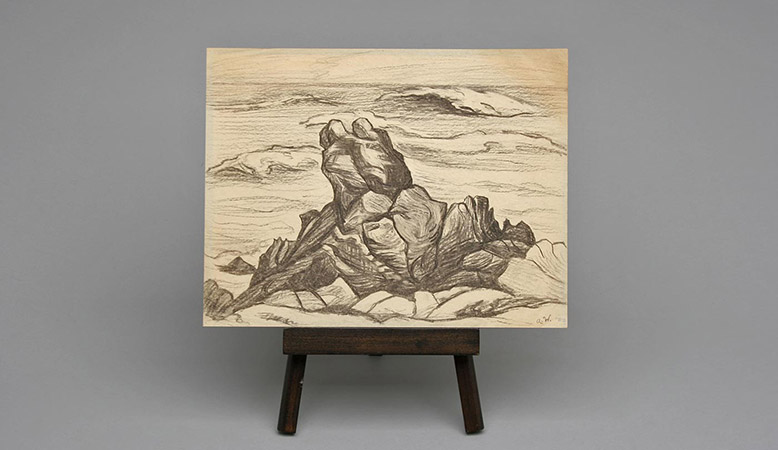 As Watson’s work matured, we see human figures emerging from rock formations, and mountain forms that acquired human faces. Wings became an important image in her work, as a symbol of life’s internal force. Color also was an important element in her compositions, blue in particular, thought to represent hope, contemplation, fidelity, faith and eternity. 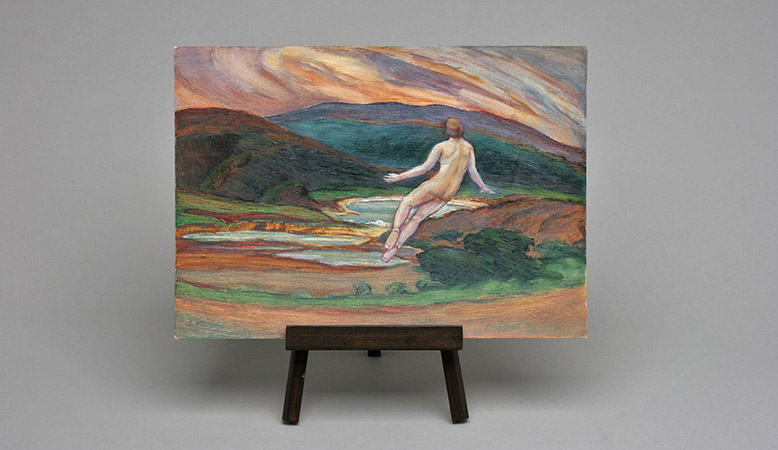 Come get acquainted with this singular artist, whose original artwork will be on display and available for purchase the first weekend of September at the Hughes Showroom.