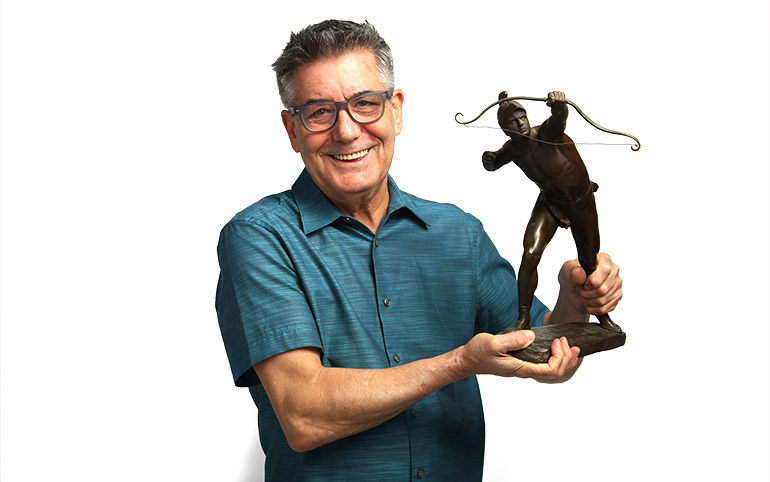 Tony, Head of Sales, has been appraising and selling art and antiques for over 45 years. In 1980, Tony moved from Madrid to Key West with an expertise in European antiques and fine estate jewelry. In the States, he expanded his repertoire to include Native American rugs & Art Deco jewelry. In 1983, Tony opened the antique shop Piccolo Mondo in Ventura. He met Larry Hughes when they occupied neighboring booths at an antique show in Pasadena. Devoted friends, the simpatico Tony and Larry worked closely until Larry’s retirement in 2006. Tony is pictured here with a dramatic bronze by Victor Heinrich Seifert.

Victor Heinrich Seifert (1870 – 1953) is best known for his cast bronze figures and his military memorials. Born in Austria, Seifert studied at the Museum of Decorative Arts in Munich and the Academy of Art in Berlin under Ernst Herter, Ludwig Manzel and Peter Breuer. Working in Berlin for most of his life, his statues were produced by famed German foundries such as Aktien-Gesellschaft Gladenbeck.