Hughes Auctions is pleased to present a selection of John Sandlin etchings, engravings, woodblock prints, and lithographs from the 1960s to 1980s. All prints are from the Estate of John Sandlin and have not been previously sold or marketed. Please register and bid for this auction here.

John Sandlin’s austere forms of the American West, executed with skill and refinement, are provocative of eras as equally complex as our own. Portraits of Union and Confederate Civil War generals and soldiers, Crazy Horse, and General Custer coexist with Melville, Wagner, John Browning, and a cadre of harlequins. A lone tree on the prairie, studies of wild dogs and thistles offer a psychic landscape for these complex figures.

Born in Louisiana, Sandlin moved to the Midwest in his early teenage years where his first interest in art began. After serving in World War II, Sandlin stayed in Europe and studied art in England and Germany. In 1949, he moved to New York and studied at the New School for Social Research and privately with David Fredenthal. Returning to the Midwest in 1955, he received his Bachelor of Fine Arts from the Cranbrook Academy of Art and in the early 1960’s, completed his Master of fine Arts in printmaking at the University of Southern California. By 1967 he returned once again to the Midwest where he lectured at Wichita State University and the Wichita Collegiate School and founded his studio and gallery, the Ishmael Press. In 1969, Sandlin attained national recognition and began to show his work nationally. 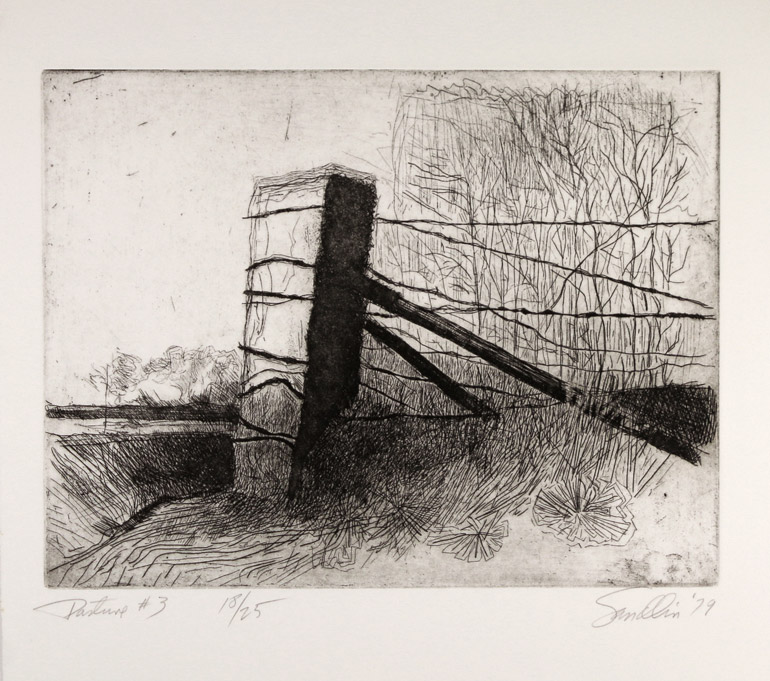 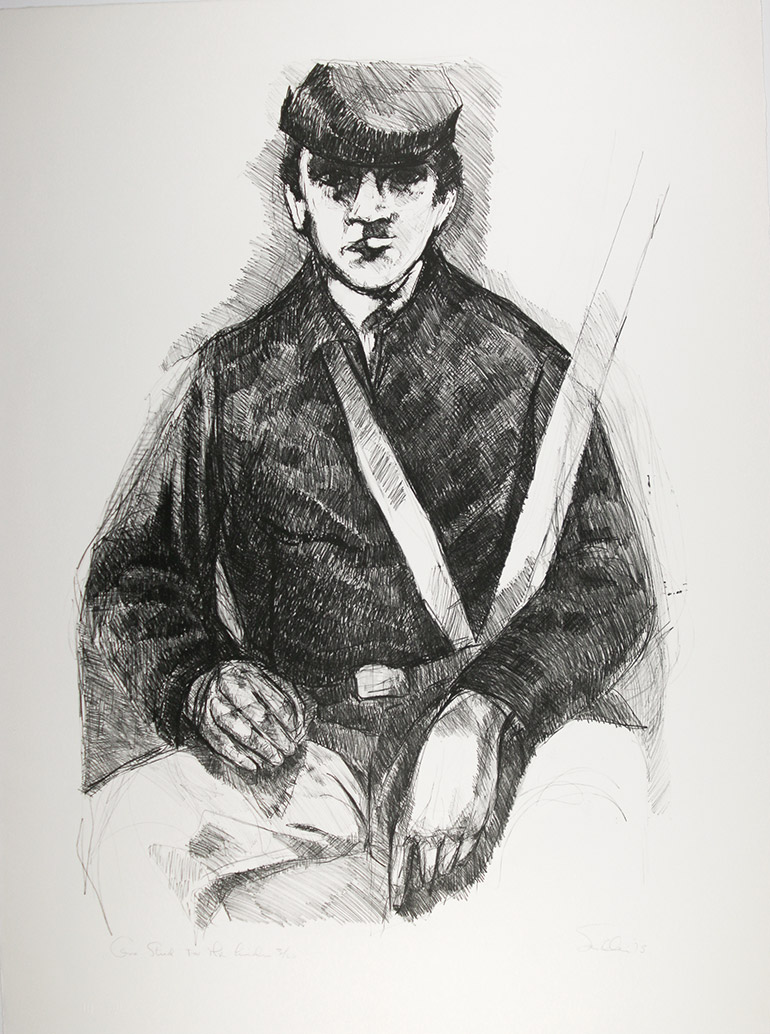 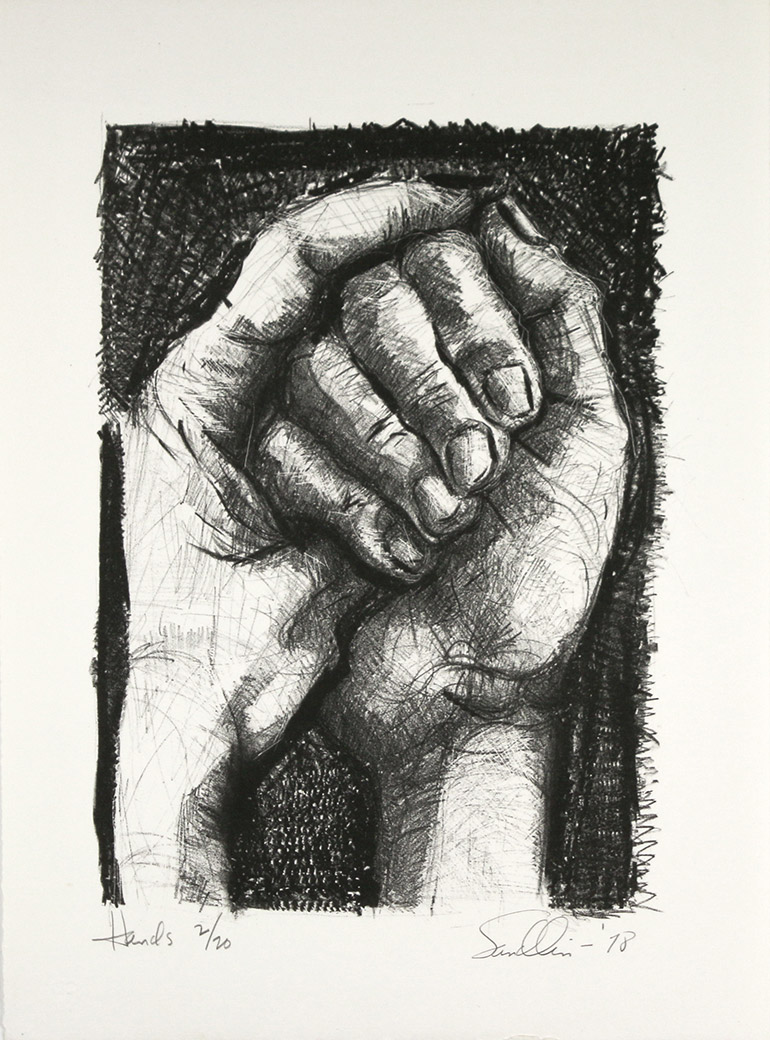 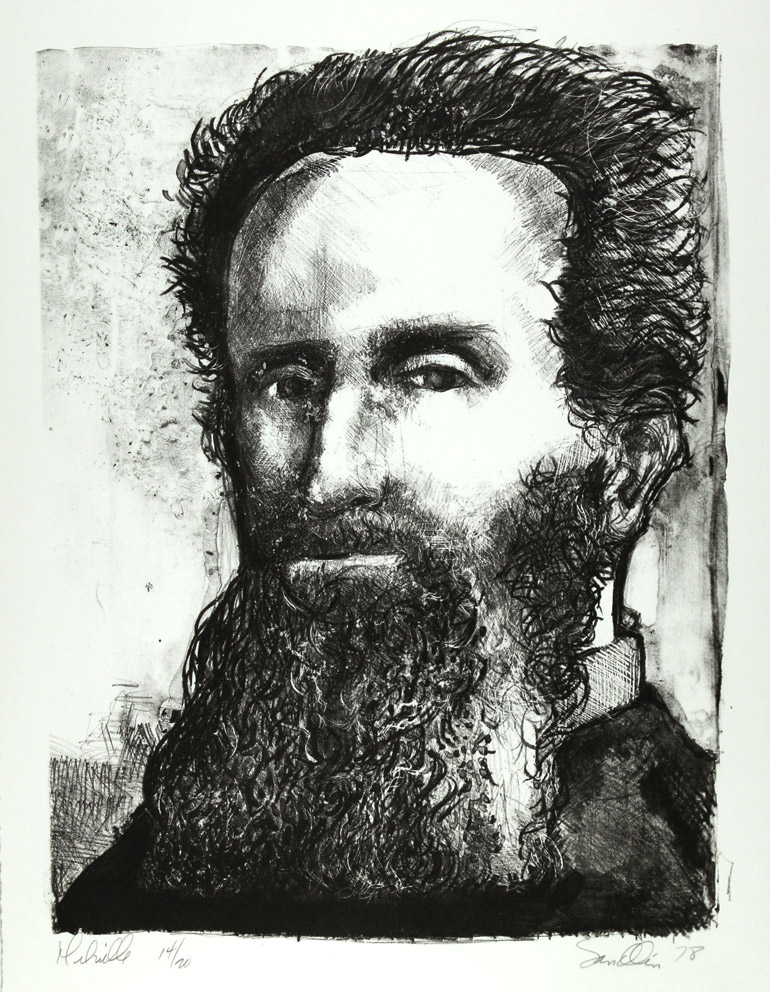 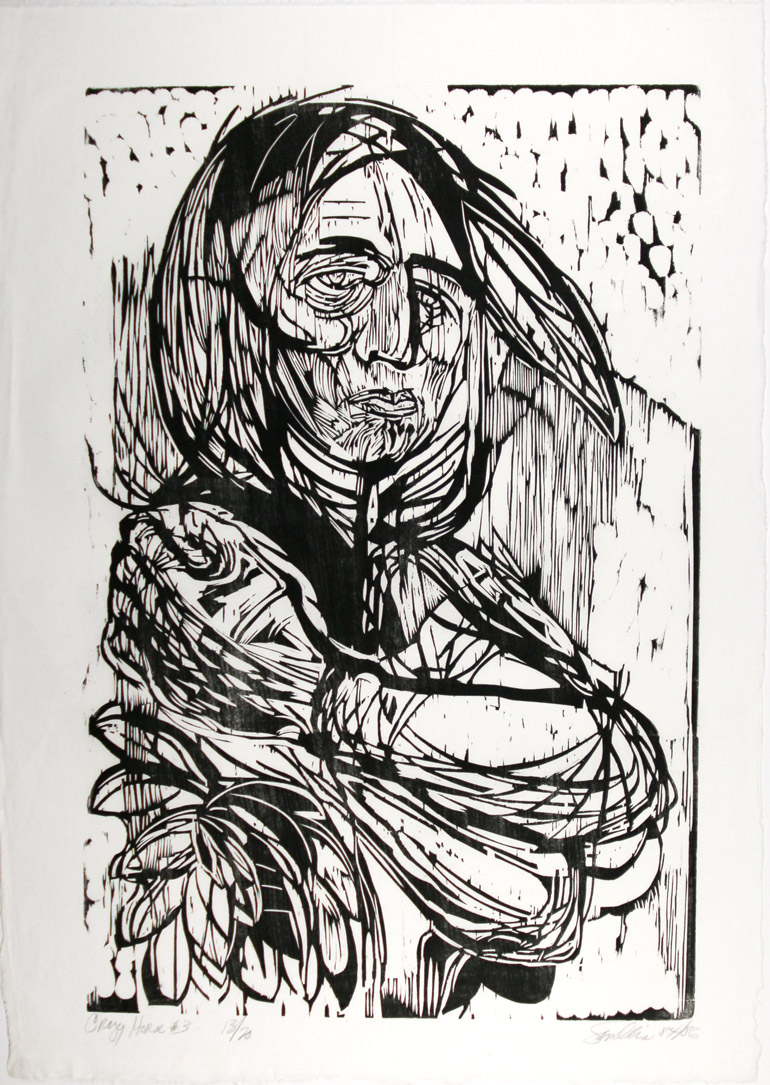 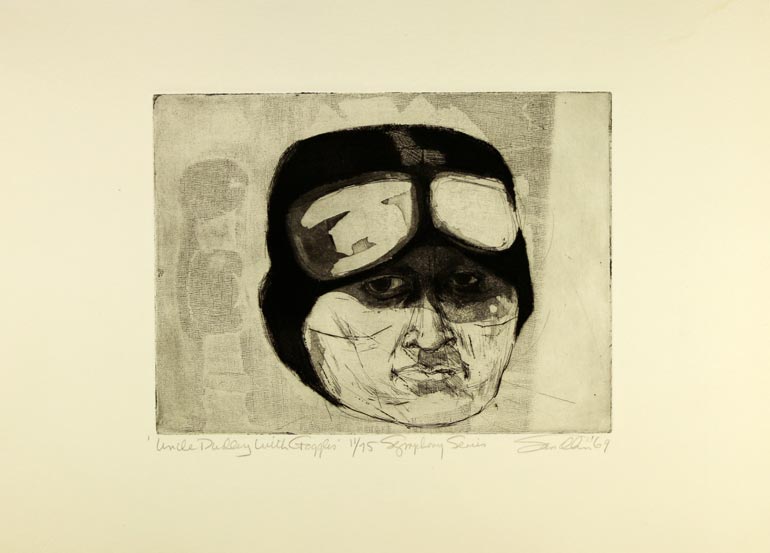 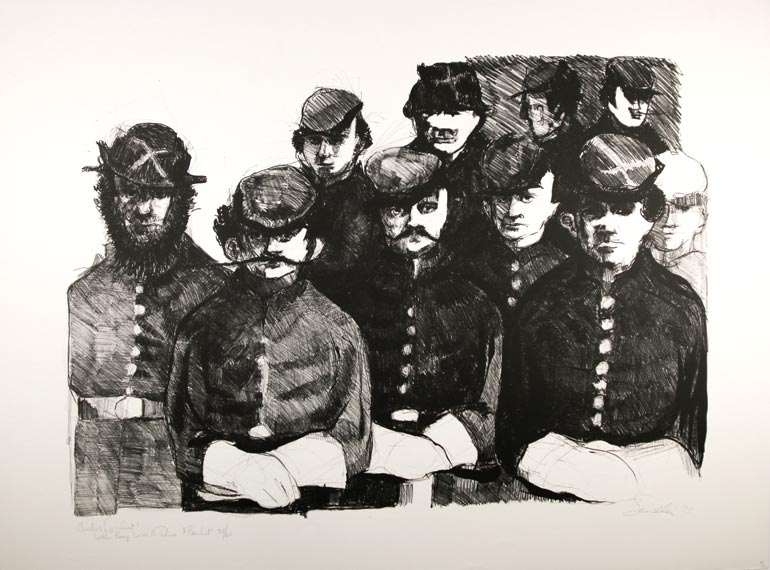 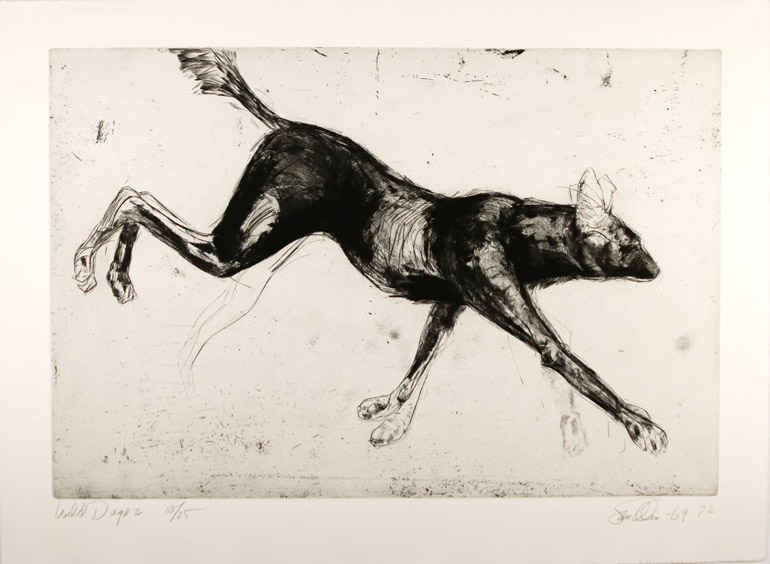 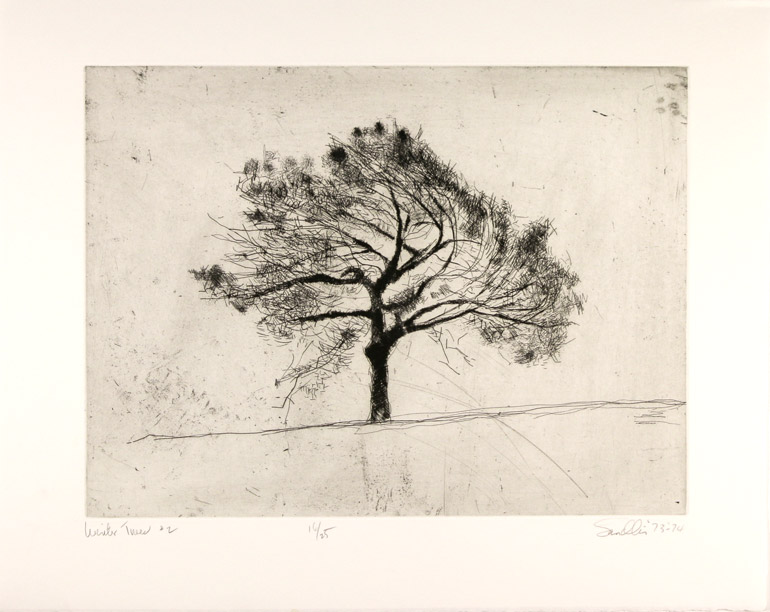 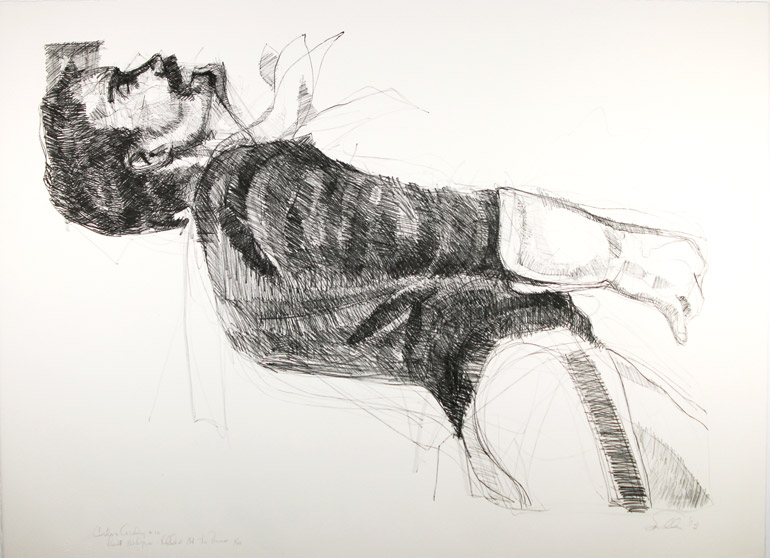 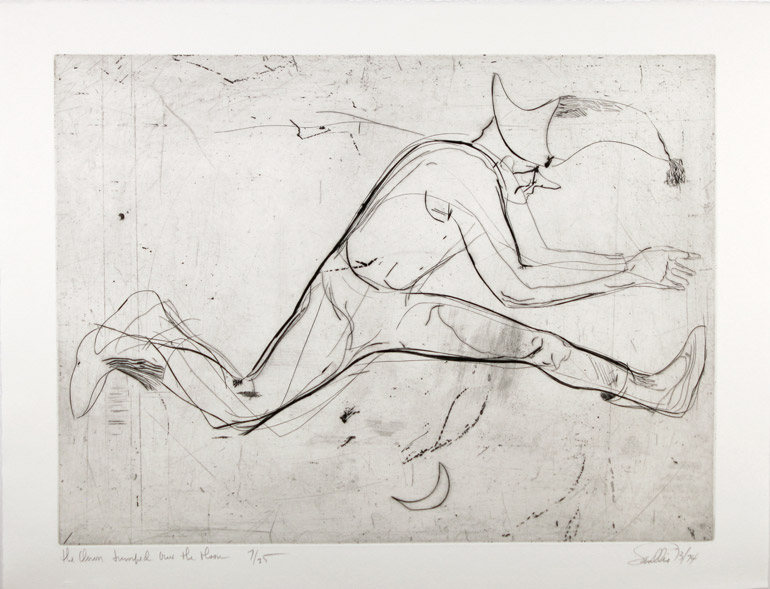