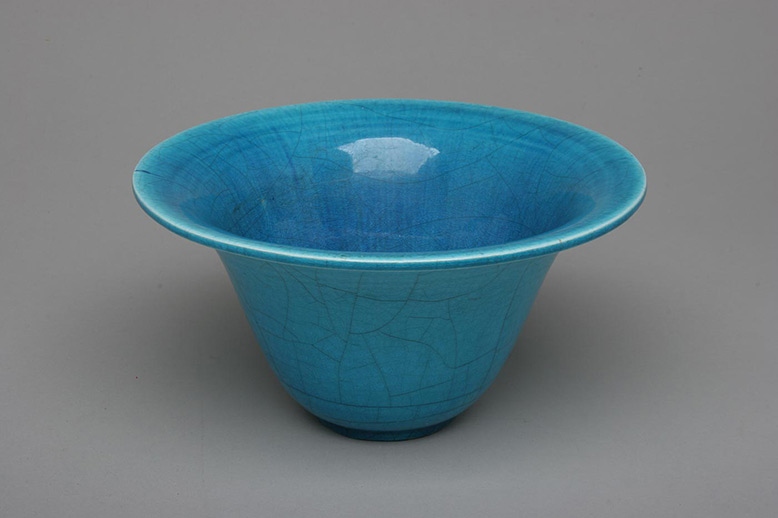 If there is one thing we know for certain about mid-century modern studio pottery, it’s that much of it never quite earned the recognition it deserved when it was being produced.

Collectors are coming around, however, and lesser-known studio ceramists are finally getting the notoriety owed them. (Isn’t this the story of so many bygone artists?)

One such talent is American studio artist, Glen Lukens, whose work is of growing importance to collectors of mid-century modern studio pottery. He is known for his use of bold colors on raw surfaces and his signature Egyptian blue glaze, which took him eight years to perfect.

Some of Lukens’ pieces can be found with crackled surfaces and over-applied glaze, coarse textures, and rough surfaces that generally went against the typical form and design of mass produced, mainstream mid-century modern art. Learn about identifying mid-century modern studio art pottery.

As the founder of the University of Southern California Architectural School’s Ceramics Department, Lukens was instrumental in educating future ceramists and promoting clay pottery as art. He helped to elevate the stature of mid-century modern studio pottery within the art world.

Today, collectors new and old can enjoy the realization of Lukens’ talent and his work to advance studio pottery as truly original masterpieces.