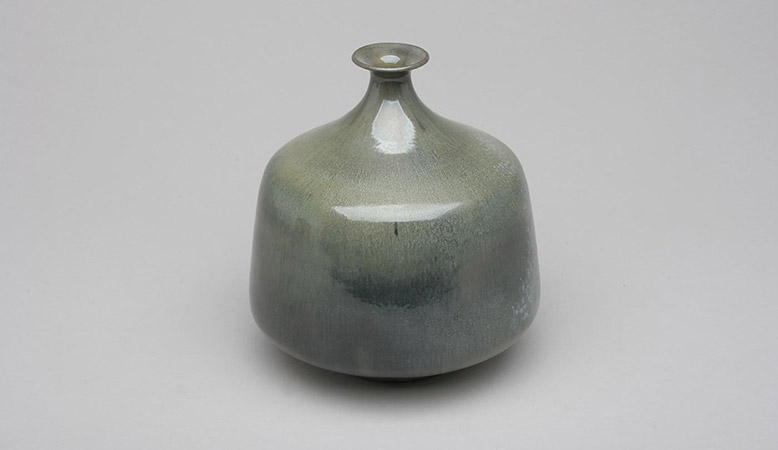 There’s always a sense of treasure hunting for those shopping yard sales, flea markets, and thrift shops. As specialists in helping people sell entire estates filled with decades worth of collecting, we have come across some real gems in our time, especially in the realm of mid-century modern studio pottery.

What is studio pottery?

Mid-century modern was an era of style and design that began in the mid-1940s and ran through the mid-1960s. Identifying studio pottery from this particular era takes some knowledge and skill, but once you know what to look for you can better evaluate those “collectibles” as you come across them. 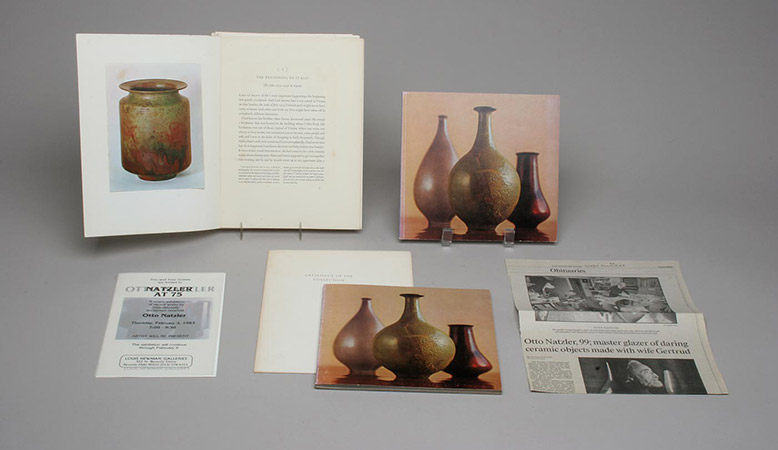 Gertrud and Otto Naztler Studio and Vase (pictured above)

To get you started, we wanted to talk about some of the characteristics we look for in mid-century modern studio pottery:

When it comes to studio pottery, the mid-century modern artists were all about designs inspired by nature. While mass produced pottery of the mid-century was often inspired by “Atomic Age” iconography, studio pottery sought to reflect organic shapes and textures, highlighting the natural, organic qualities of the clay and glaze. Asian pottery was also an inspiration, thin neck vases, unadorned bowls, and raku techniques were popular.

Much of mid-century studio pottery features a symbolic stamp on the bottom of the piece or a signature in glaze to identify the maker. These help buyers of mid-century modern pottery to authenticate the work. Additionally, these marks can help collectors discover what year the product came from the studio or the potter. When you are shopping a yard sale, for example, turn the pieces over and see if there are any identifying marks. Even if you don’t recognize the mark, it can still be fun to take the piece home and research the maker on websites such as American Pottery Marks and Resource Directory. 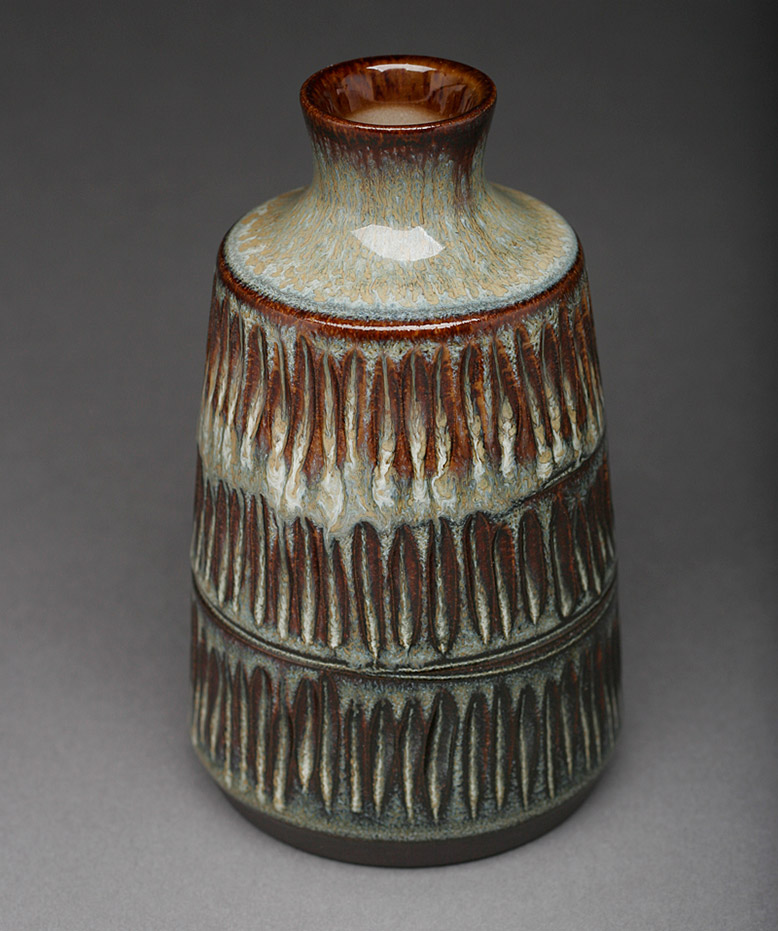 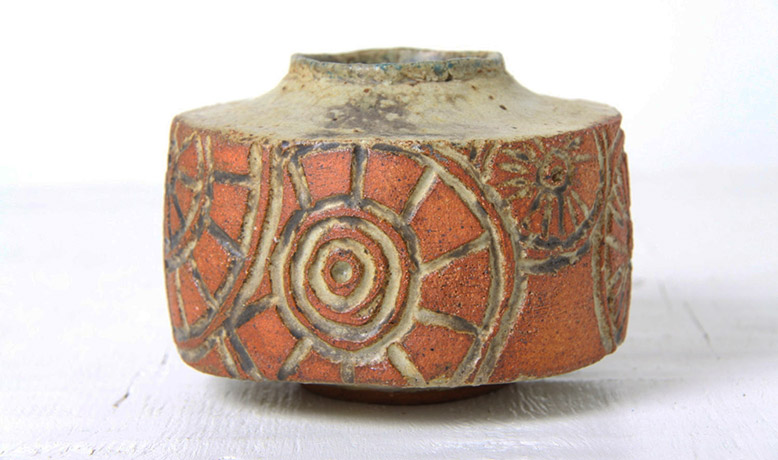