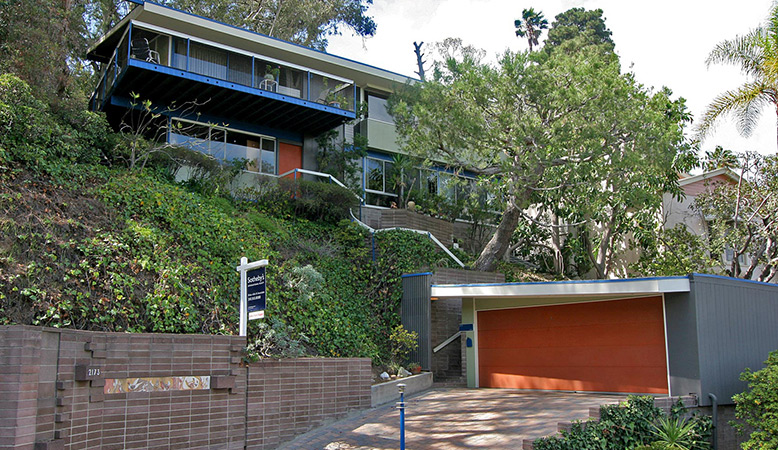 Hughes was honored to conduct the estate sale for the home dubbed the “Magical 1954 Los Angeles Time Capsule House,” which was filled with stunning mid-century modern art, vintage furniture, and decor. For mid-century modern design enthusiasts and collectors, this 1954 Silver Lake house had it all – it was designed and built by an artist/architect couple who raised a family, made and collected fine art, and lived well in the house for over 60 years. Estate sales in Los Angeles don’t get any better than this! 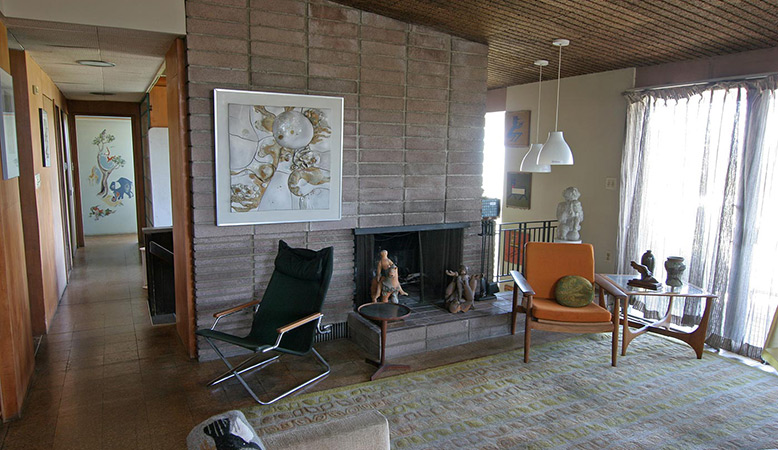 Nestled in the hills with a view of the Silver Lake Reservoir amongst mid-century modern homes designed by local heroes Richard Neutra and Rudolf Schindler, among others, this house hits all the high notes of mid-century modern design with its stunning view, open floor plan, and airy spaces. What struck us the most were the architectural details that blurred the line between the interior and exterior – the way the kitchen ceiling flowed to the patio and the use of screens instead of solid walls. 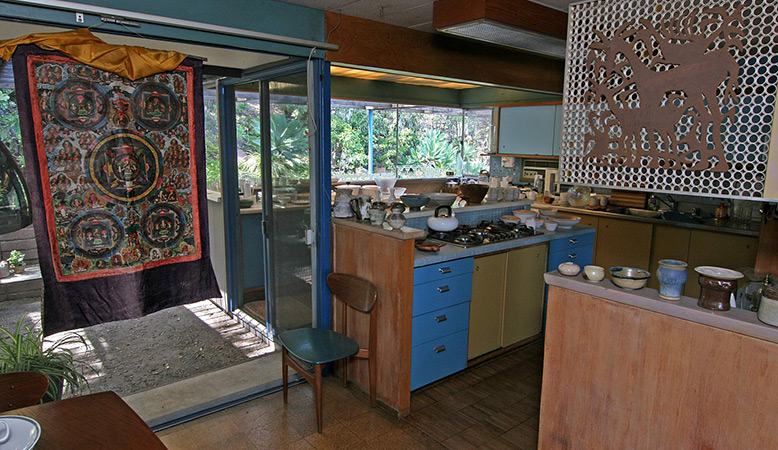 True to modern ideals, the house is made even more special due to the fact that it was designed and built by the former residents, architect Albert P. Martin and his artist wife Gloria Martin, who took a very hands-on approach by doing much of the work themselves. Plus, in addition to the beautiful vintage furniture, the home was filled with a huge collection of ceramics, paintings and digital art by Gloria, a beloved local artist and arts educator. It was a thrill for Hughes to be able to help put her work back into the spotlight. 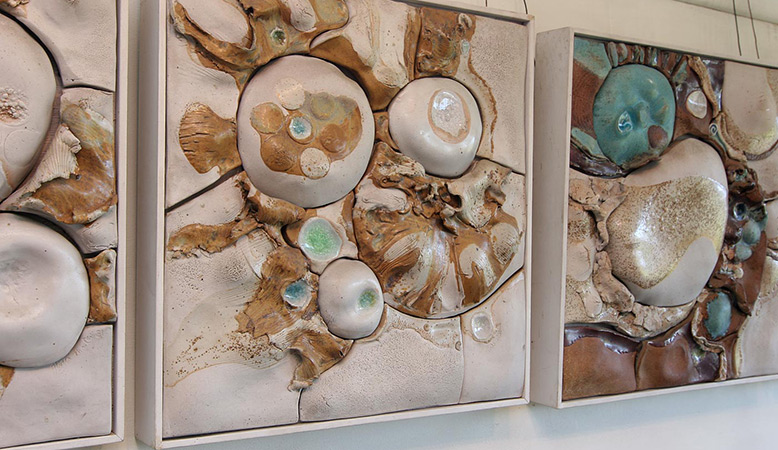 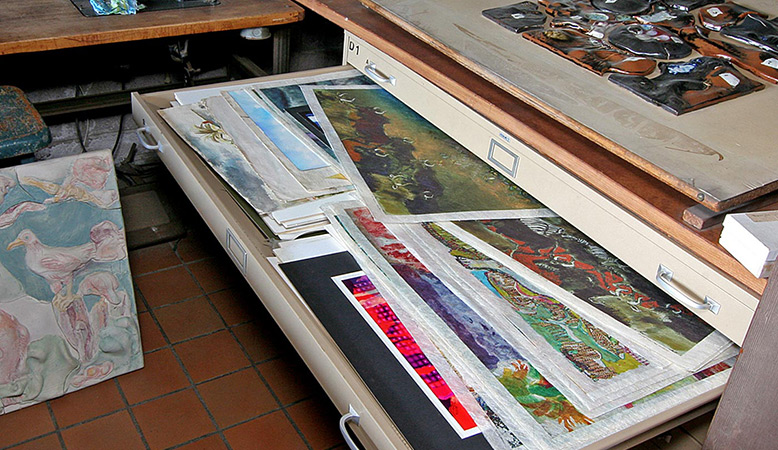 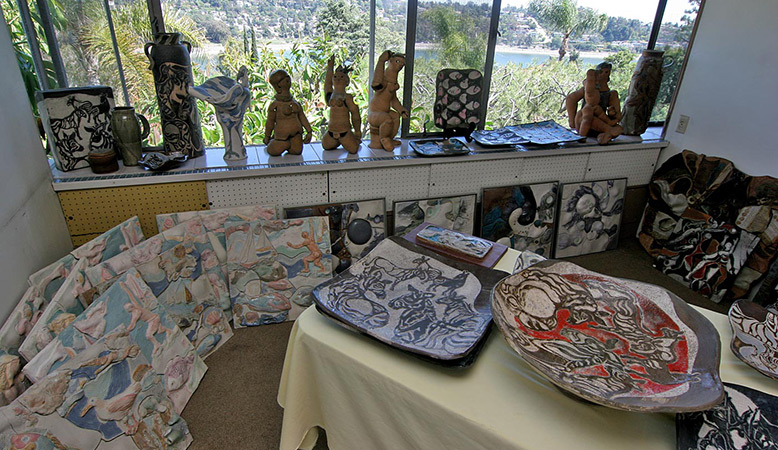 For Hughes, it was also exciting to work with a house and collection that struck such a strong chord with those interested in mid-century modern design. Retro Renovation posted a thorough background of the house and its owners, which we highly recommend checking out, and then followed up with a second post on what would be included in the Hughes estate sale. Yahoo Home also featured the home and the Hughes estate sale!