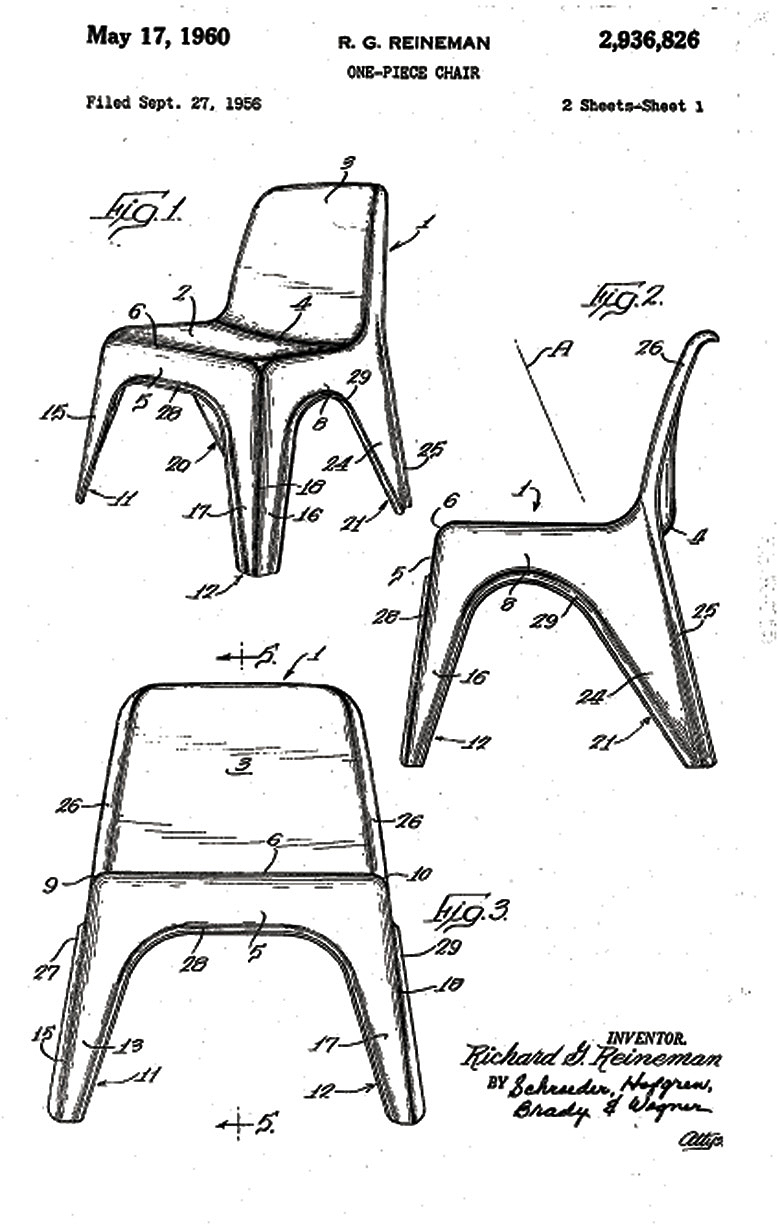 In our minds, Brunswick is nearly synonymous with Mid-Century Design. We love finding their Mid-Century modern design streamlined furniture, especially their line of children’s school desks and chairs. We recently dug a little deeper and learned that the company, which opened for business in 1845 in Cincinnati, started out making horse-drawn carriages and billiard tables and has since manufactured everything from saloon style bars, a huge range of sporting equipment, record players, camouflage nets for military use, exercise equipment, and even yachts.

We were thrilled to learn that Hughes’ own Liz Hesik’s grandfather was a designer for Brunswick throughout their Mid-Century Design heyday. Among many other products, he helped design the original bowling alley equipment (ball returns, electronic score keepers, automatic pinspotters) used at Hollywood Star Lanes on Santa Monica Blvd. (which closed its doors in 2002 but is fortunately preserved on film in The Big Lewbowski).

Even though Brunswick is now a massive multi-national corporation putting their name on bikes made in China, we prefer to associate them with the story of Liz’s grandfather, a young designer early in his Mid-Century modern design career submitting patent applications on their behalf.