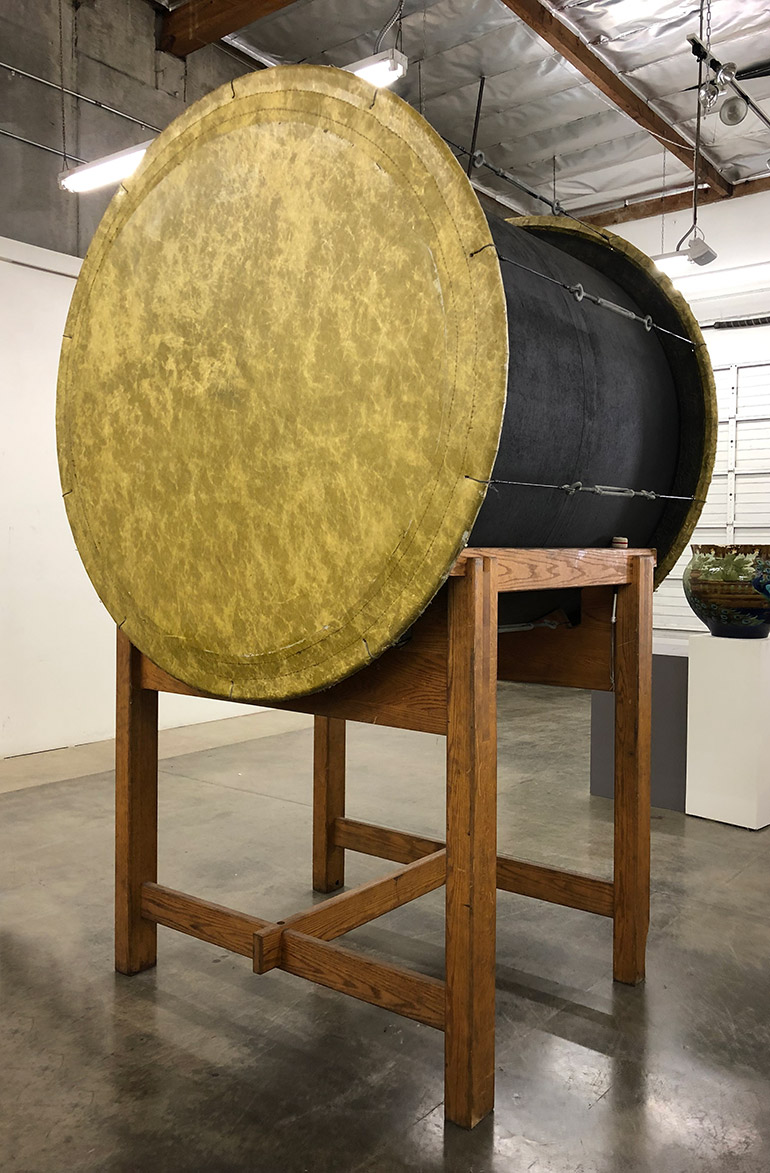 Hughes is thrilled to be offering at auction an extraordinary mammoth taiko drum owned by the renowned musician and Soto Zen Buddhist Abbot Reverend Shuichi Tom Kurai of the Sozenji Buddhist Temple, the first official independent Soto Zen temple to be established in the US.

Shuichi Tom Kurai was a member of one of the first taiko groups in the US, Kinara Taiko, and went on to play in, mentor and start many taiko groups in Los Angeles, nationally, and internationally. Kurai performed at the Hollywood Bowl and countless other venues in Los Angeles and around the world. Kurai and his groups have been featured in numerous articles, books (including a new book about taiko in America titled Louder and Faster: Pain, Joy, and the Body Politic in Asian American Taiko) and has received awards from the LA Weekly and other institutions. Kurai appears in Coldplay’s Princess of China video, the TV show CSI, and recorded music for the movies Thin Red Line, Battleship, and the video game Jade Empire. Kurai’s taiko artifacts, posters, videos and audio recordings will be donated to the Japanese American National Museum. 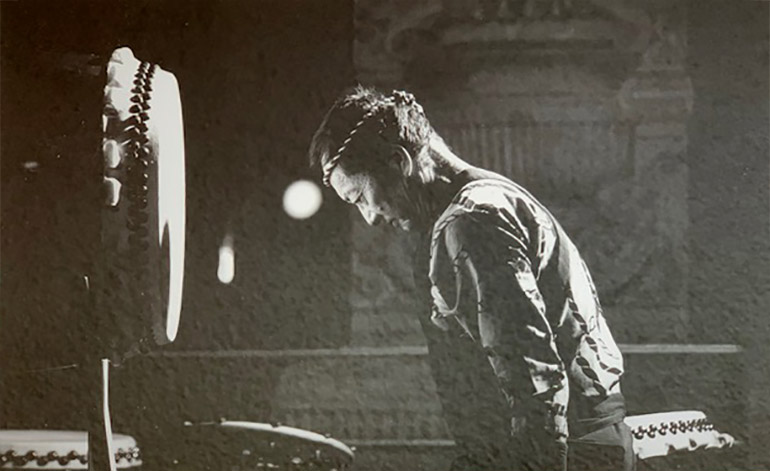 Register early by filling out our Bidder registration form or bid through LiveAuctioneers.com or Invaluable.com.