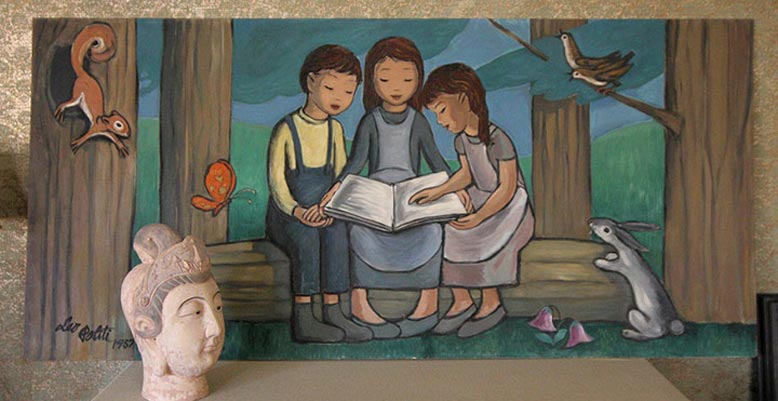 We are thrilled to be offering at our upcoming La Loma Road Estate Sale, Feb 21-23, 2014, a significant piece of original artwork for sale by local and internationally recognized artist Leo Politi. Politi is best known for his mid-century, stylistic children’s books and his murals, sculptures, and paintings depicting Latin American culture in and around downtown Los Angeles.

The La Loma Road estate includes a large painting on wood (pictured above) completed by Politi in 1957 that was created as one of five prototype sketches for the South Pasadena Public Library Children’s Room mural. Our client was friends with Leo Politi and was able to acquire this artwork for sale after the South Pasadena Library viewed it and returned it to the artist, having selected three of the other prototype sketches for its Reading Room.

The South Pasadena Library has treasured its Children’s Room mural since 1957. However, in 1982, Politi was asked to touch up their mural as part of a library expansion and improvement project. Politi, donating his time, spent weeks on the touch up, which turned into an almost complete repainting. The newer mural is lovely and captures the joy of reading in childhood, but from an art historian’s perspective, his touch up wiped out the historically significant 1957 version with its minimalistic figures and muted tones. 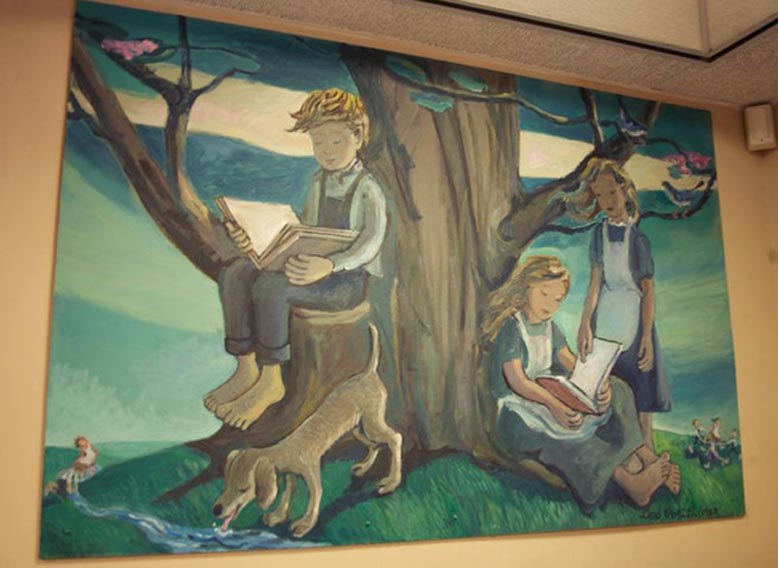 The original Library mural before the 1982 remodel: 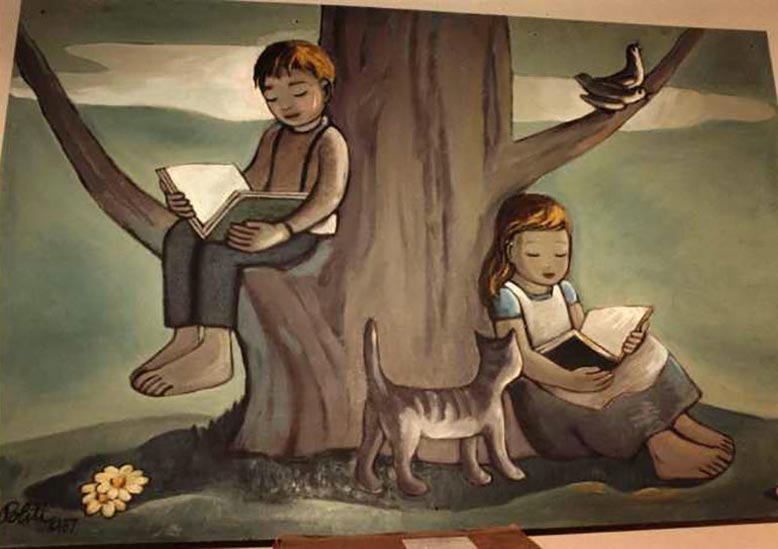 The original artwork for sale by Hughes was never retouched and retains its mid-century charm. We hope that it will find a home where it is appreciated as an important part of Los Angeles history.