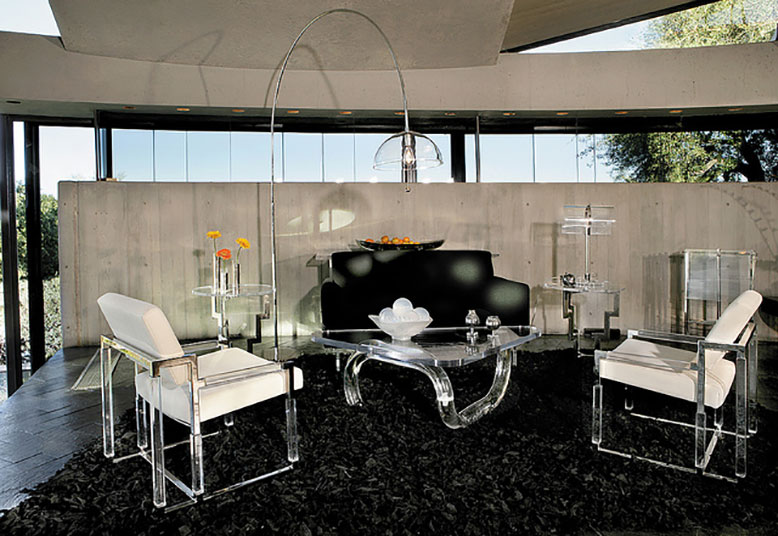 The upcoming Hughes Estate Sales July 4 – 6 Showroom features stunning estate furniture from one of America’s renowned furniture designers, Charles Hollis Jones, including a queen size bed in Lucite and chrome canopy. Jones is an American furniture designer recognized by the Smithsonian Institution for his pioneering use of acrylic and Lucite. His work has been included in numerous museums, such as the Norton Simon Museum, and in the 1970s, he was the winner of the California Design 11 Competition for his innovative Edison Lamp. 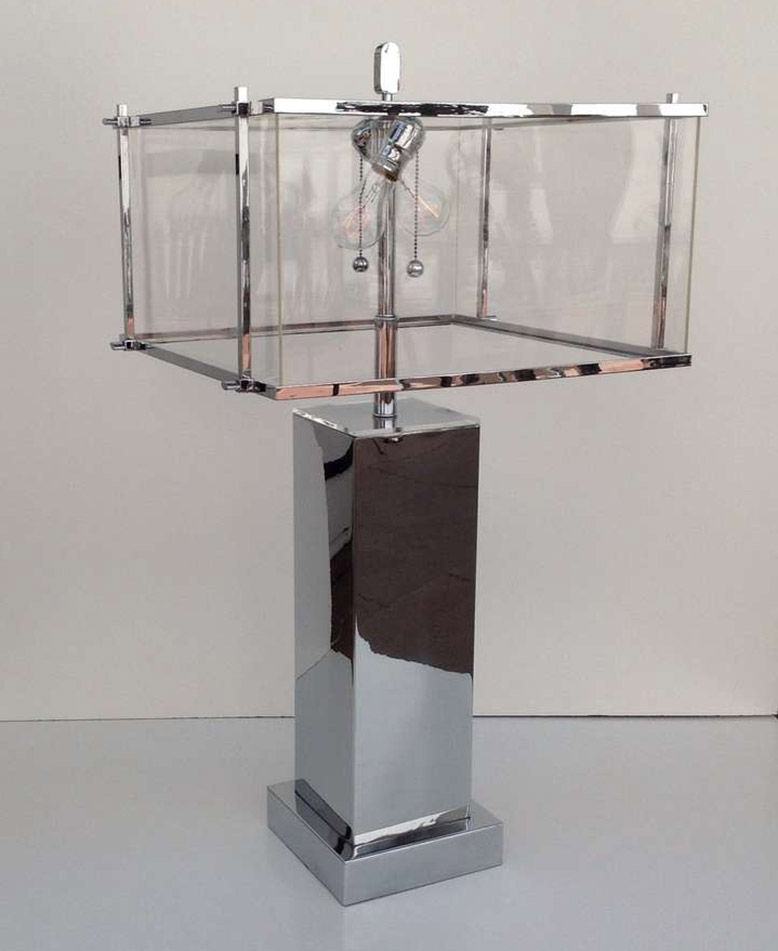 For us, Jones is both an international design star and local hero for his continued creative work, avid interest in young furniture designers, and philanthropy. 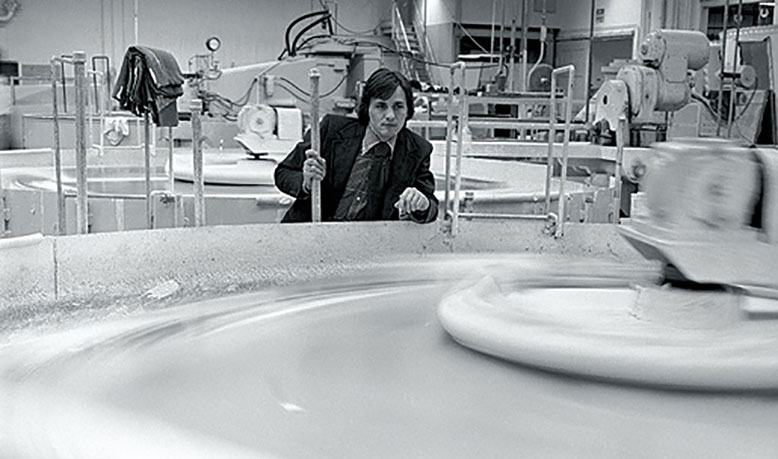 Born in 1945 in Bloomington, Indiana, Jones started working at age 14, designing chicken coops and trough feeders for the family farm, as well as cabinets, tables and lamps for his father’s house-pattern business. When he was 16, he came to Los Angeles on a vacation and met Joe Roide, who owned a factory that made furniture for department stores. Jones, who had just won an art scholarship to Indiana University, was asked by Roide to “refashion” some of the designs that weren’t selling. He went back to Indiana and soon started getting royalty checks for his refashioned designs – thus a furniture designer was born!

After graduating from high school, Jones moved to Los Angeles and took a job with Roide who recognized his talents and recommended that Jones apply for a job at Hudson-Rissman, a prestigious furniture accessory showroom. Within six months, Jones was head designer at Hudson-Rissman and on his way to creating the seamless acrylic and metal furnishings that have made him an international design star. 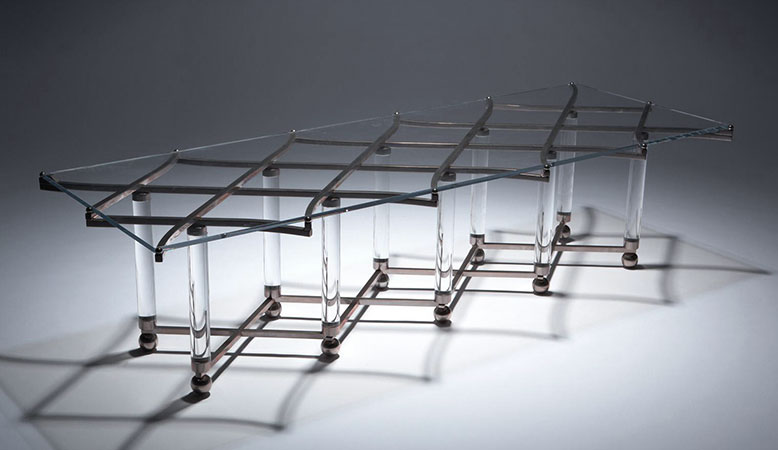 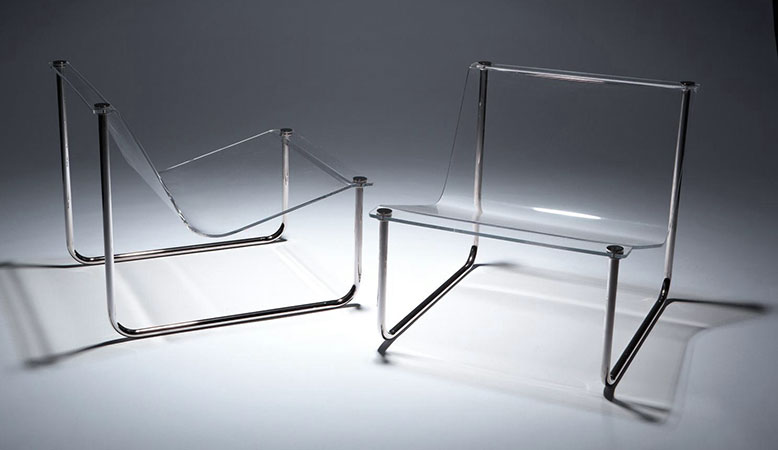 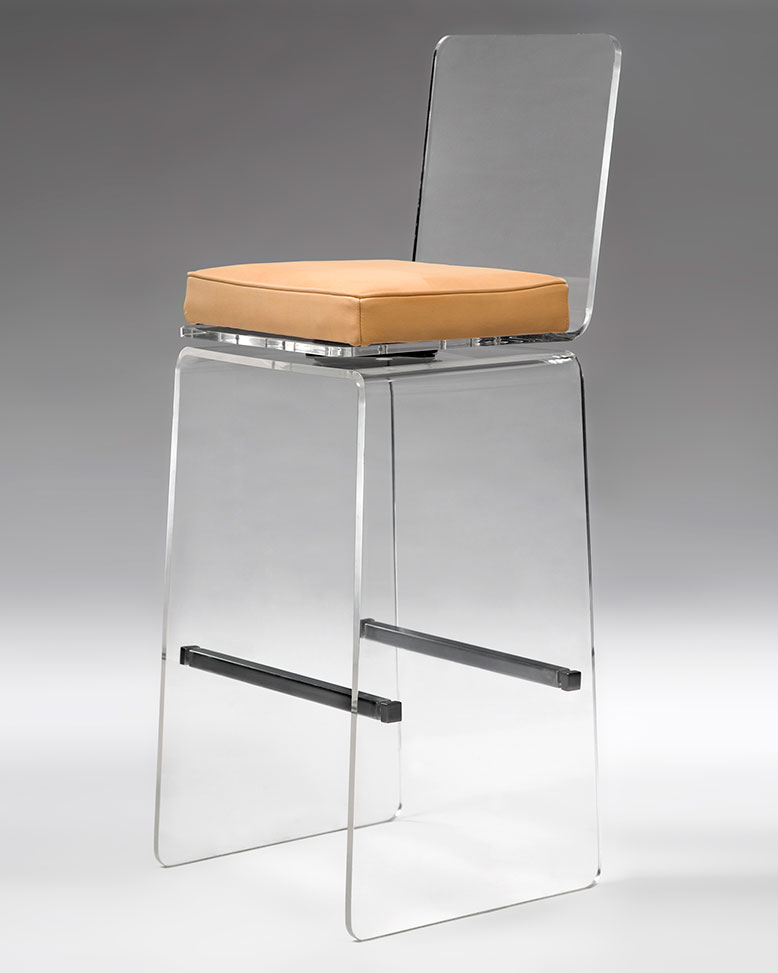 Jones pieces have been sought after by celebrities such as Frank Sinatra, Bob Hope, Dean Martin, Diana Ross, Johnny Carson, Sylvester Stallone, and many more. He also supplied pieces for a half-dozen homes designed by Modernist architect John Lautner, including designer Arthur Elrod’s futuristic Palm Springs residence, used in the 1971 James Bond film “Diamonds are Forever.” Tennessee Williams commissioned Jones to design a comfortable, yet modern writing chair. The result was the Wisteria chair, where the writer spent much time when at home. 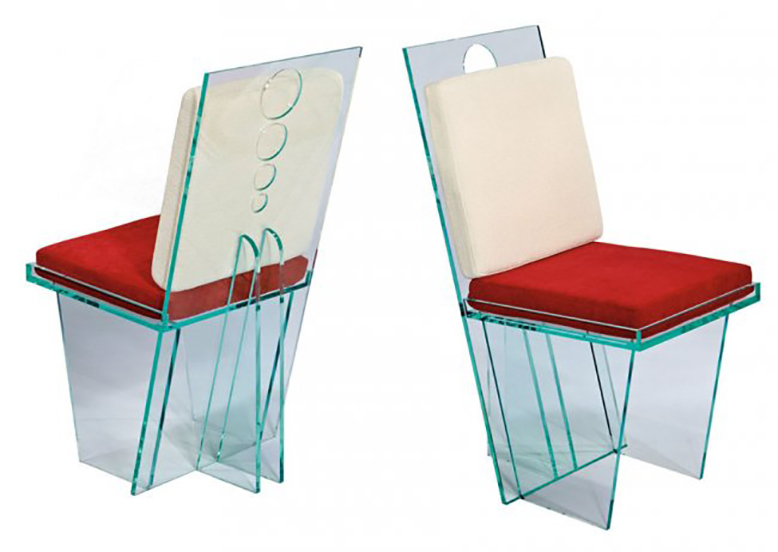 Today, Jones resides in Burbank and is still designing furniture and accessories. He is active in numerous charities and has designed awards for various organizations including the sculpture for the 2008 Golden Heart Award held at the Beverly Hills Hotel to honor Clancy Imislund for his contributions to the Midnight Mission. In 2004, Jones was awarded the Pacific Design Centers 10th annual “Stars of Design Award” for product design.

Source: The Incredible Lightness Of Being Plastic, Charles Hollis Jones, A Pioneer In Acrylic Design, Is The Star Of An Upcoming Auction Of Furnishings, May 06, 2001, Barbara Thornburg.