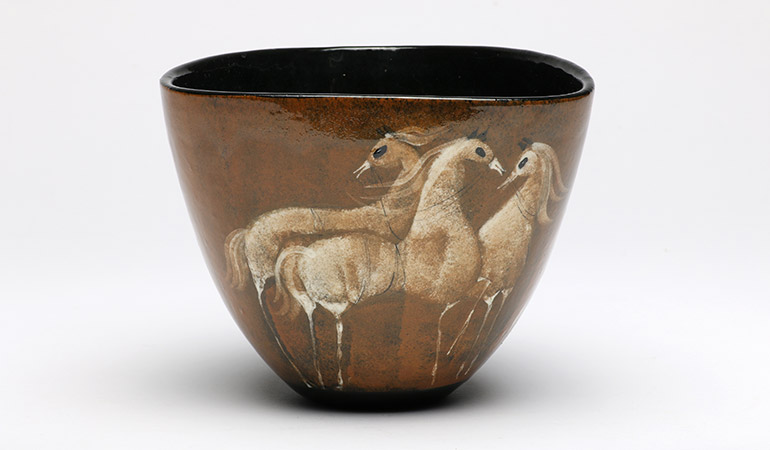 Pillin immigrated to Chicago from Poland in 1924. Three years later she met William Pillin, a Ukrainian immigrant and aspiring poet and the couple was married within the year. Pillin received only six-weeks of formal training in pottery while living in Chicago at the Hull House in 1946. She started her fledgling pottery business in her apartment, with a pottery wheel and an improvised kiln in the kitchen. The need for more space for the pottery business lead the Pillins to Los Angeles in 1948. In the garage of their new home, Pillin taught her husband William how to throw and form pottery and the Pillin Art Pottery Company was born.

Pillin made her last known piece in 1991, a year before her death in 1992. Production records were never kept and most pieces were unique; it is estimated that less than 10,000 pieces were produced. Distinctive yet quintessentially Mid-Century, Pillin’s work is being discovered by the next generation of collectors.

Hughes is thrilled to be auctioning a significant collection of Pillin’s work at our upcoming Design & Fine Art Auction on February 15th. Sign up now to receive updates on the catalog and online bidding. 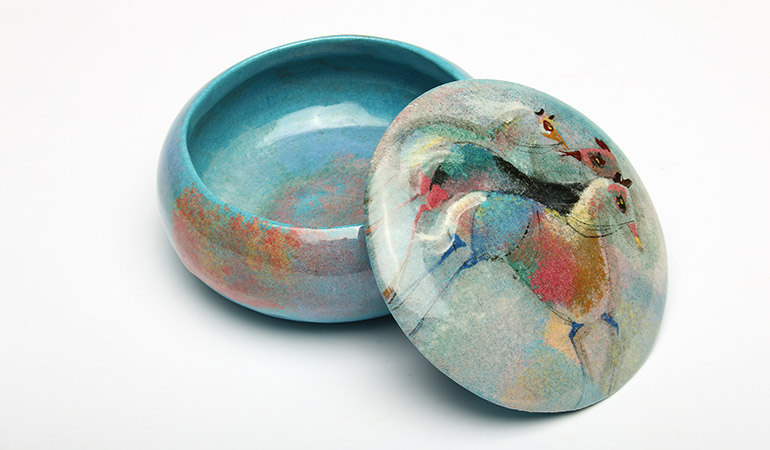 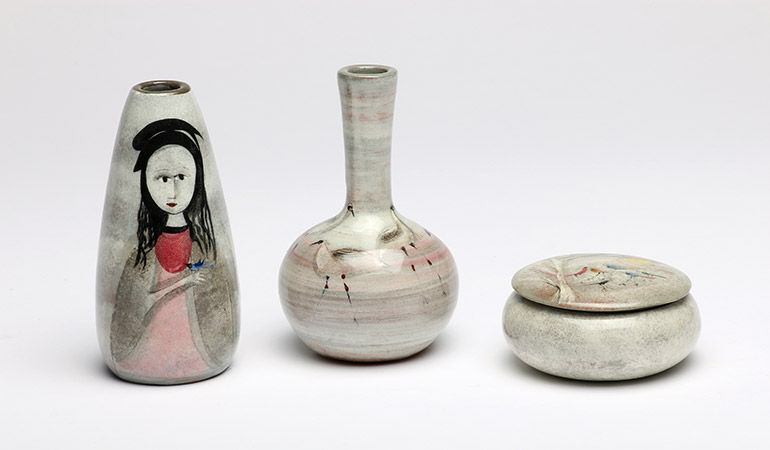 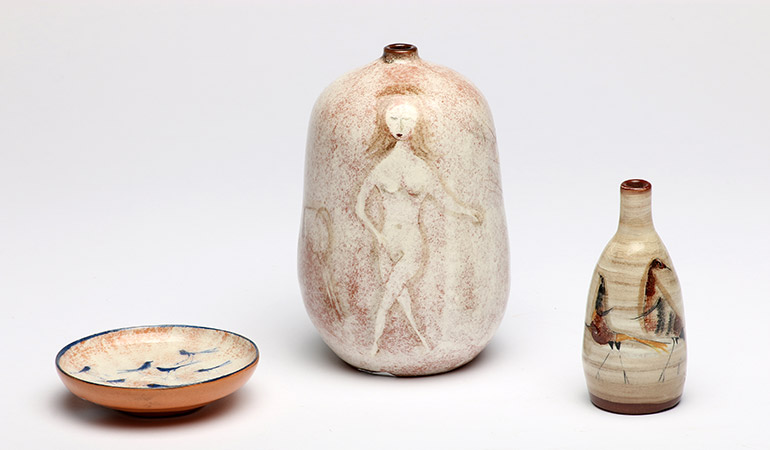 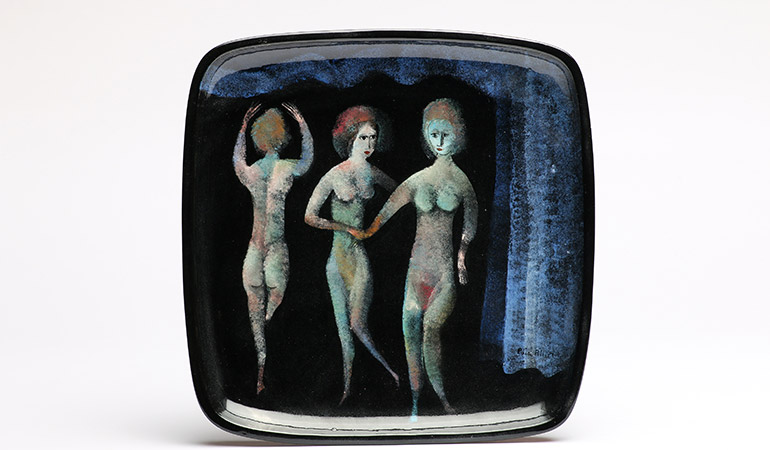 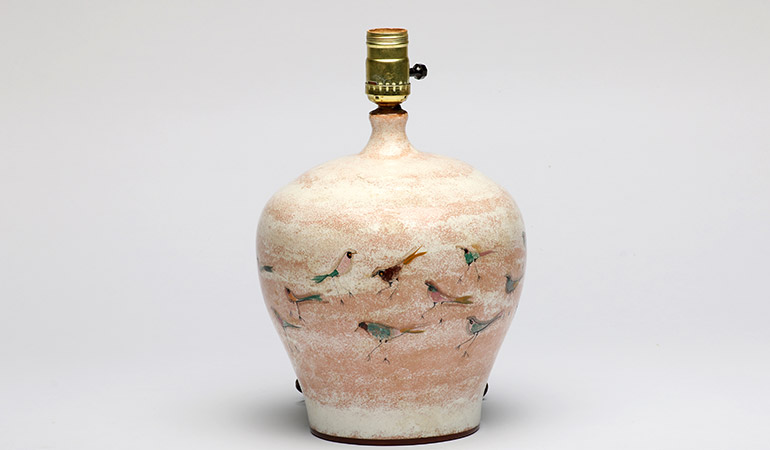 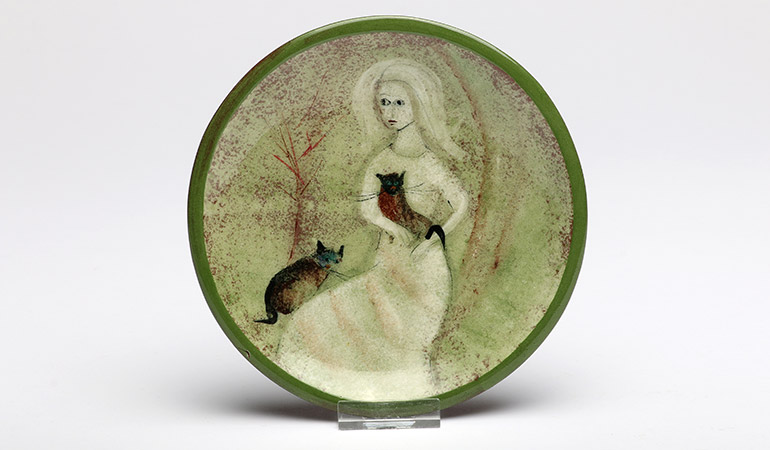 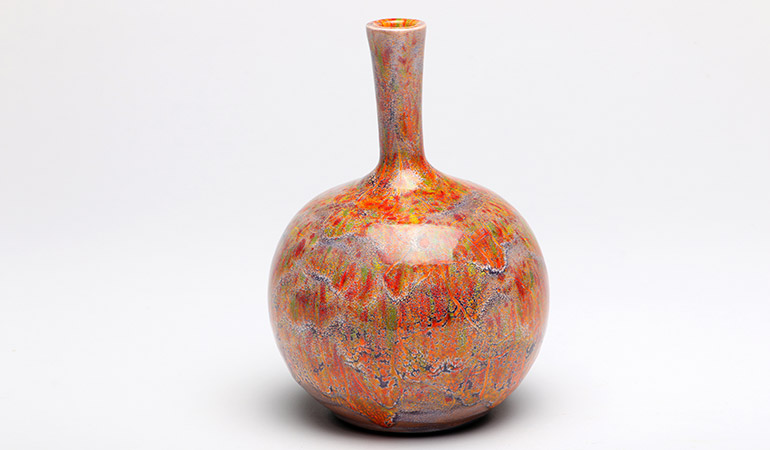 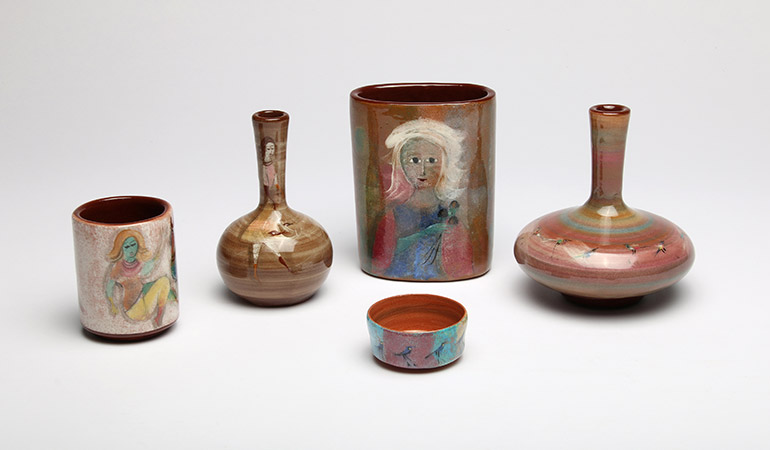