Hughes continues to showcase estate sales auctions and online estate auctions. We are pleased to be offering two original works by Los Angeles artist Peter Shire for an online estate auction on eBay. The ceramic teapot sculptures are titled “Accordion, 1983” and “Dog Hedge, 1983”, which is notable for its inclusion in the 1983 – 1985 exhibition “On and Off the Wall: Shaped and Colored”. 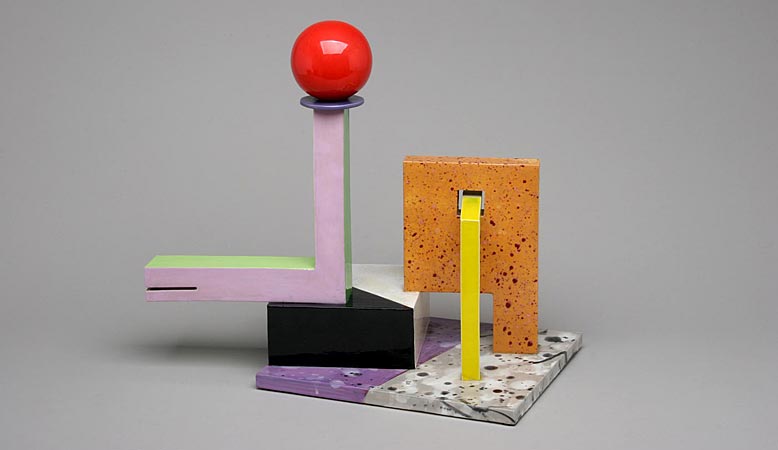 Born in Los Angeles in 1947, Shire still lives and works in the Echo Park district today. In addition to his association with the Memphis Group of designers in the early 1980s, this versatile artist has worked on the Design team for the XXIII Olympiad and with the American Institute of Architects. His sculpture, furniture and ceramics have been exhibited internationally.

“Peter Shire’s teapots are constructions of color and shapes built out of slabs of clay. He hoped that his whimsical pots would break down the traditional, class-conscious ideas about “tea-time”, making it a practice accessible to all.” (Smithsonian American Art Museum Luce Foundation Center) 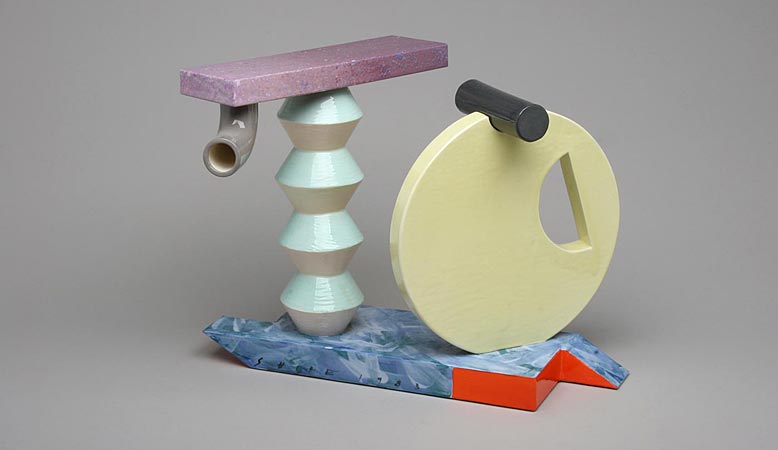 However crazy and fanciful my work appears, I’m still held by function. The teapots I make are borderline, however. They’re more involved with a group of shapes and a material.